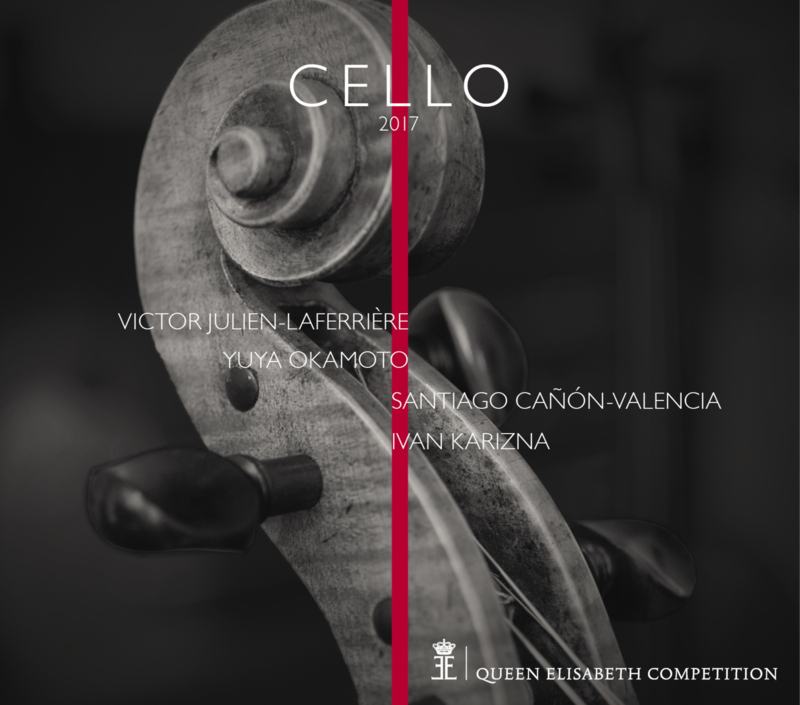 The second edition of the Queen Elisabeth Competition dedicated to the cello gives us an opportunity to re-immerse ourselves in the performances of four laureates during the very first session dedicated to this instrument, in 2017.

This 4CD box set features recordings, most of which have never been previously released, from the first round, the semi-final, the final, as well as from the laureates’ concerts, each cellist including a concerto from the mainstream repertory in his program.

Victor Julien-Laferrière opens the box set. He made his mark in 2017 both for his commitment and for his musicality. He can be heard in extracts from Bach’s Second Suite for solo cello, Boccherini’s Sonata for two cellos, and Brahms’ Sonata, which he performed in the semi-final. His Concerto No. 1 by Shostakovich in the final will always be a great moment: contrasting, expressive, subtle, admirably carried out, the Frenchman shows exceptional maturity in a concerto that was performed six times during the 2017 final.

Then comes the Japanese Yuya Okamoto who presented a magnificent Second Concerto by Haydn in the semi-final: his musicality seems evident, both in the quality of the phrasing and in the roundness of tone, all thanks to real technical perfection. His Dvořák Concerto in the final is also marked by ease and simplicity: no gratuitous effects, the music speaks for itself, and, accompanied by the Brussels Philharmonic conducted by Stéphane Denève, he offers a masterful interpretation of this major work of the repertory.

We continue with the Colombian Santiago Cañón-Valencia, an artist with an extraordinary personality, musicality and technique. We hear him first in a perfect Shostakovich Sonata, then in Elgar’s Concerto, performed during the closing concert with the Antwerp Symphony Orchestra under the direction of Muhai Tang: an elegant, limpid performance, the emotion dosed to perfection.

The last disc in this set is dedicated to Ivan Karizna who won the audience prizes from the two radio stations Musiq3 and Klara. From the start of the competition, he wowed audiences with his stage presence and his commitment to performance. He presented a fabulous Haydn Concerto No. 1: at first fiery and contrasting, then contemplative and intimate in the Adagio and lastly a real firework display for the finale! With a light bow and a golden tone, he also charmed by the fluidity of his ​interpretation of Tchaikovsky’s Variations on a Rococo Theme, recorded during the laureates’ concert accompanied by the Orchestre Philharmonique Royal de Liège conducted by Christian Arming.