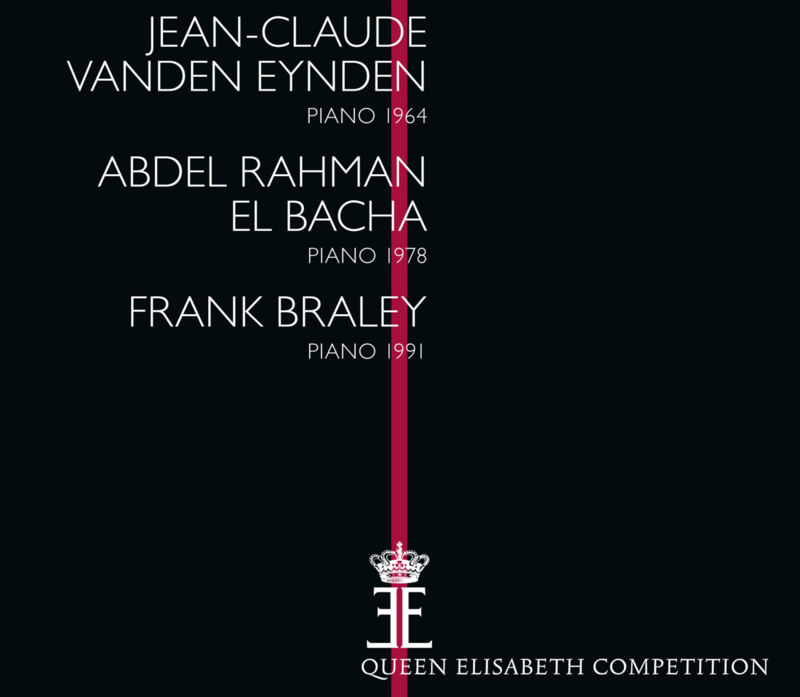 To mark the 75th anniversary of the Ysaÿe and Queen Elisabeth Competition, muso released two box sets of concertos from the great repertoire for the two instruments the Queen Elisabeth Competition has focused on down the years: the violin and the piano.
But the Competition’s archives are teeming with musical nuggets: they form an extraordinary repository, immortalising performances over nearly 80 years. So it seemed like a good idea to revive those recordings, not just of works performed with an orchestra, but also drawing on the chamber music programmes of the semi-finals and finals.
In this first series of re-releases, we celebrate three pianists, to each of whom we have devoted a complete CD. First up, Jean-Claude Vanden Eynden, an outstanding and important artist who has been a key figure in Belgian musical life for nearly 60 years and who made his breakthrough in 1964, when he was third laureate of the Competition at just 16 years of age! Next, the Franco-Lebanese pianist Abdel Rahman El Bacha, who should really have figured in previous re-releases and who made an unforgettable impression in 1978, thanks both to the serenity radiated by a young man of 19 years of age and to his incredibly musical playing and mastery of form, of sonority, and of different styles. The third in this trio is Frank Braley, who came first in 1991 and won everyone over right from the start of that year’s competition; although he claimed that, at 22, he wasn’t ready yet to face such a test, he treated his listeners to a moment of poetry and music that none of them have ever forgotten.
The work of showcasing, in the best technical conditions possible, this vast heritage is making it possible for us today to relive the great occasions of the competition that is such an important part of musical life in Brussels and that, year after year for more than 75 years, has evoked the same emotions in generations of music-lovers.
Deciding who should be included in this first wave of re-releases has not been easy: we can think of many other greats who have left their mark on the history of the Queen Elisabeth Competition, in particular the superb Soviet – later, Russian – and US pianists who ‘clashed’ in music competitions over many years. We mention them just to whet listeners’ appetites for future re-releases: to be continued…